Check out our project planner and see how A-Train Marketing can help you with your project and get a free quote. 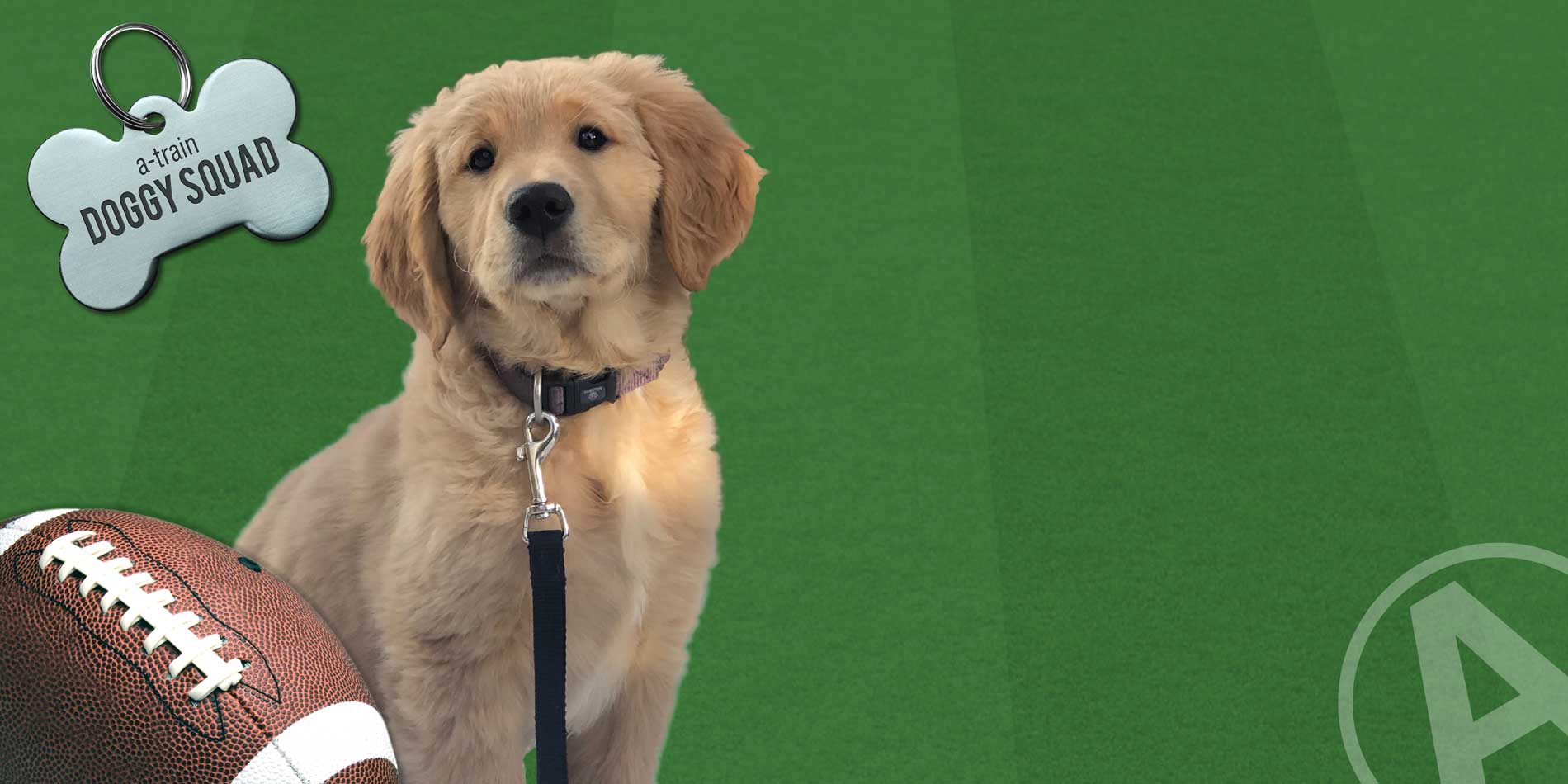 This weekend, Americans will gather around the television to watch one of the country’s most beloved events… the Puppy Bowl. If you’ve never seen Animal Planet’s Puppy Bowl, we’ll quickly explain it. Two teams of heart-melting puppies face off on a miniature football field, and by face off we mean they run around, wrestle each other and tug on the toys scattered about. Though much less structured than the Super Bowl, it’s a sight to see.

At A-Train, we got to discussing the Puppy Bowl and then something occurred to us: if we were to round up all our dogs (and a few of our friends’ dogs) we could make a pretty stellar team of doggos. We evaluated our dogs’ strengths and weaknesses, and for extra giggles we imagined them as a literal football team. We are expecting to get a call from the Air Bud franchise any day now.

Although we don’t have our own Puppy Bowl to share with you, we do have a roster breakdown, so you can check out our star-studded squad. Let us know which of our pups is your favorite!

And for anybody who wants to make the Puppy Bowl in Fort Collins a reality, contact us and let’s make it happen. 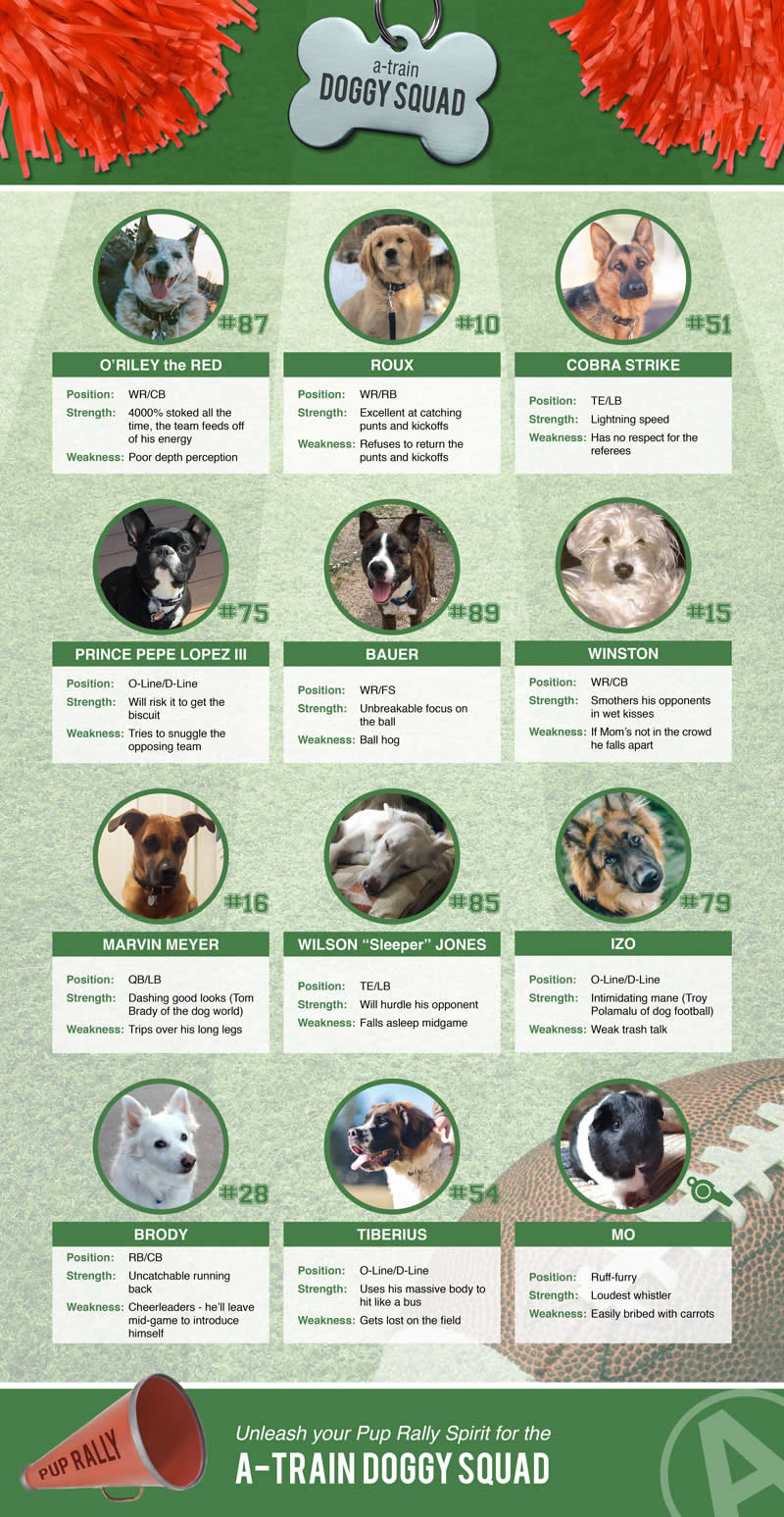 Don't Miss This! The Importance of Urgency

Don't Miss This! The Importance of Urgency